Today was a food prep day. I typically have been preparing meals for 3 days at a time. I prepare everything for 6 of my daily meals (I make the 10 egg-white omelet fresh every night), then purchase the fish every two days.

As I mentioned the other day, I decided to push this challenge out for a few more days, to finish up at the end of the week. This left me needing meals for four more days. I wasn’t too keen to do another prep session on Thursday for just one day’s worth of food, so I decided to prep 4 days worth at once. 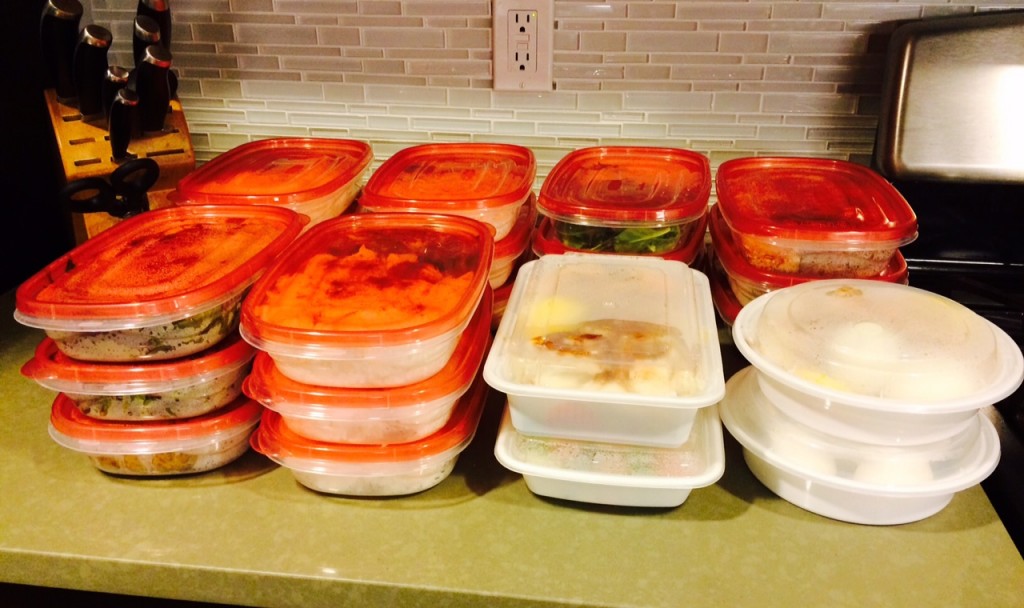 It wasn’t much more work actually. My fantastic wife helped out by starting the four batches of white rice before I got home from work (4 days = 24 cups of white rice!). Then it was much of the same work, with some extra portions. It did require hand-washing the lunch containers I had just used, but overall, it was a smooth operation. 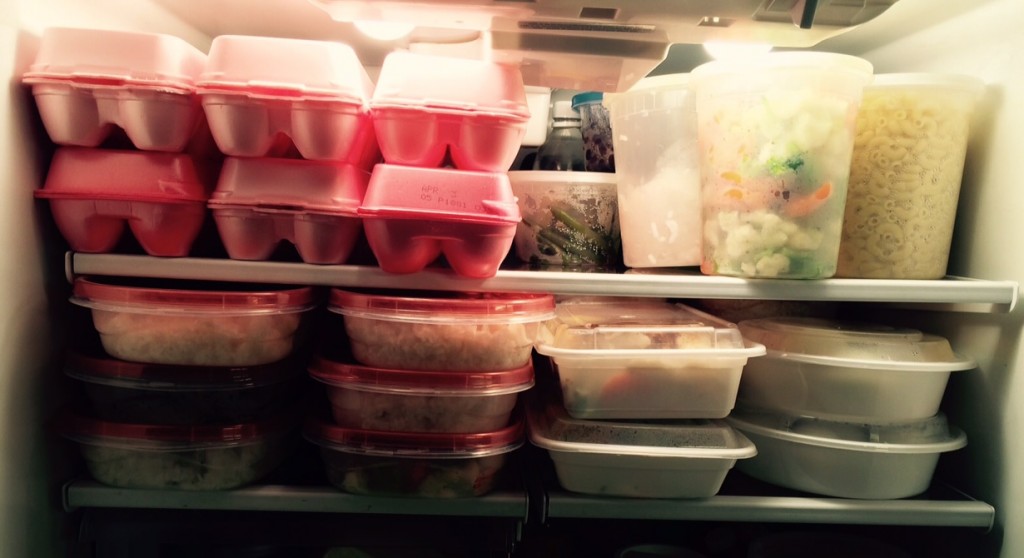 It did, of course, take a bunch of time, after which I still needed to make and eat my eggs, so I didn’t get to bed until around 11:30pm which was rough. Five hours of sleep the night before Leg Day isn’t recommended.

Science Tells Us How to Be Happy

As I’ve been listening to a lot of podcasts during my workout, I have become addicted to the TED Radio Hour. This one-hour show takes a few TED talks and digs into them through a specific theme. This morning I listened to one about Happiness. Researcher Matt Killingsworth was one of the guests, and he discussed the findings he has gathered with his Track Your Happiness mobile app. The app allows people to continually share information about what they’re doing at the moment, what they’re thinking, and how they’re feeling.

During this challenge, I’ve definitely made time to spend time with my family, and working as I normally do. But if I’m being honest with myself, I have felt less present. I’m constantly watching the time, to see when I need to eat next, or to make sure I have time to prep food. It’s been a struggle to keep everything in balance. I have found the time to do this mostly by carving it out of when I normally sleep or relax, and a month in, I’m feeling mentally exhausted. It will be nice to return to some sense of normalcy.

Playing Tetris Every Night in My Dishwasher

One piece of doing this challenge I had never thought about beforehand was all the used dishes. Every night we end up with no clean plates, forks, or spoons. The dishwasher needs to be loaded, along with 7 awkwardly shaped tupperware containers. It’s sort of maddening actually. Dishwasher racks all seem to have been designed for one specific plate and glass size, leaving everything else to be jammed in wherever it sort of fits.

Managing the dishwasher, along with washing my egg pan every night, are the worst.

The Fitbit dashboard wasn’t showing the normal elliptical widget, so I pasted in the info from another screen. I managed to get the cardio intensity up there. I basically aim to stay at about 150 BPM.  For the most part, I’ve been doing first 10 mins at 10 elevation, 9 resistance. Then bump resistance to 10, then at 25 mins to 11, then at 40 mins to 12. When I’ve played around with the elevation, I felt like it was becoming more of a leg workout than an aerobic one. This has been treating me well so far.

Day 30: The Rock Discusses His Meals, An Eating Pro-tip, and Last Leg Day