This weekend was the first time in 33 days that I wasn’t eating and training like The Rock. During that time, I didn’t eat anything that wasn’t a part of his eating plan, and didn’t have a drop of booze. But for cheat day, everything was fair game.

The Rock’s cheat meals are epic. After he ate clean for 150 days while preparing for Hercules (the plan I’ve followed), his cheat meal consisted of 12 pancakes, 4 double dough pizzas and 21 brownies. 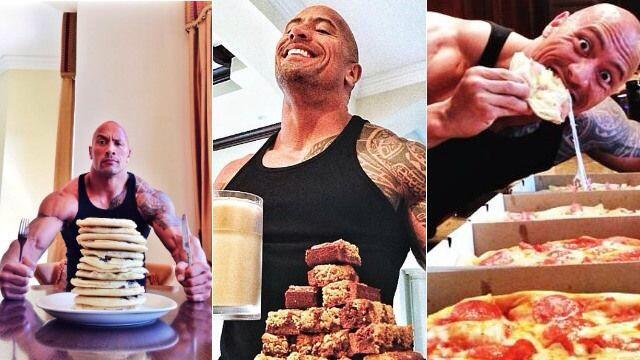 That’s a lot of food.

While I’ve shown I can eat and train like The Rock for a month, I don’t think I can cheat like he can. I decided to play it safe and not go overboard. But I was looking forward to visiting with some old friends, like an egg and cheese sandwich.

Before the challenge, I was disciplined about what I ate during the week, but had whatever I wanted on weekends. My Saturday tradition is going to the deli with my daughter and ordering an egg, ham, and cheese sandwich. As a New Yorker this is, as required by law, one of my favorite foods. 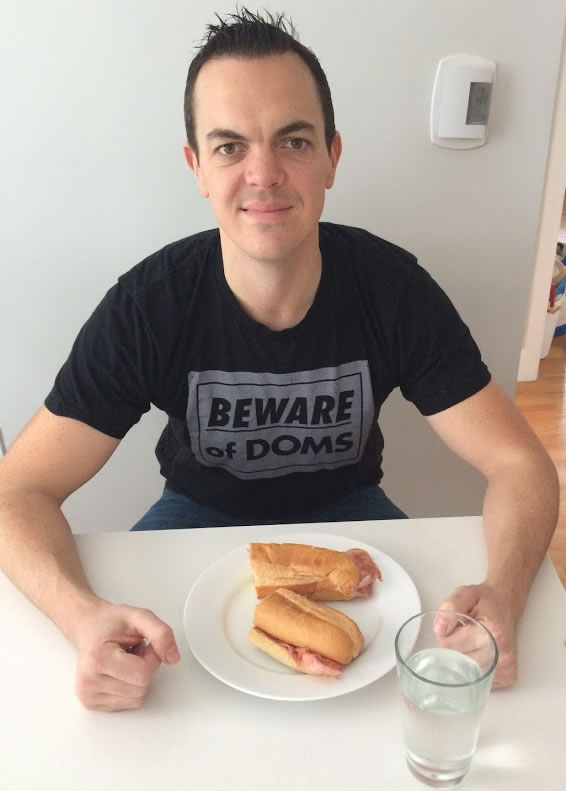 I look tired as hell in this photo. Look at those bags under my eyes.

It didn’t last very long, as I wolfed it down quickly. I stared at the empty plate, with barely a dent in my hunger, debating whether I should keep eating. While my soul enjoyed that sandwich, my body was screaming for more. So I decided to make myself a bowl of oatmeal as well, and ate that almost as quickly. That did the job, and my first cheat meal was officially complete.

As part of being reintroduced into the world of normal people, my wife, daughter, and I met up with some friends for lunch on Saturday afternoon. I had my first non-water or coffee liquid in over a month, indulging in a Pacifico beer then a mojito.

Got to witness @markcwebster ending 30 days of eating & training like @TheRock. Beer! pic.twitter.com/XUMIWdu2xX

To be honest, I was looking forward to have some drinks again, but they weren’t as satisfying as I thought they would be. I ended up missing alcohol less than I would have guessed. At this point, I could easily go much longer without drinking if it was part of some larger goal. Back at home we had some craft beers and red wine ready to be cracked open this weekend, but I didn’t feel like drinking them and they remained unopened. I’m becoming…lame. 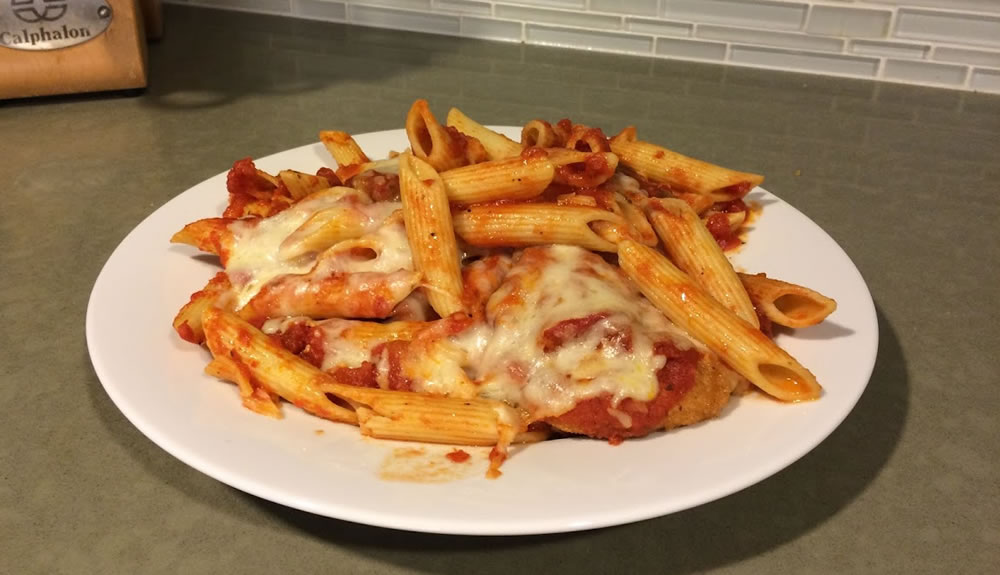 The booze might not have satisfied me, but this chicken parm dinner sure did.

I thought that after eating clean, my stomach wouldn’t be happy with my cheat meals. Surprisingly, this wasn’t an issue at all. My stomach felt fine all weekend.

However, I was extremely tired. Like, utterly exhausted. Throughout the challenge I was averaging about 6 hours of sleep a night and training 6 days a week. This weekend, I got roughly 9 hours of sleep on Friday and Saturday night, along with a 90-minute nap each day. And I could have easily slept more. I felt energetic during the challenge, but like pure molasses this weekend.

Dropping my calorie consumption was no doubt the culprit here. I felt like I didn’t have much in the tank to work with. I’m actually looking forward to eating better starting during this next week.

Plan for this Week

This week I’ll be trying a few tweaks to this eating and training plan, to see how I feel. The goal is to have a modified version of The Rock’s plan to start next week. If you want to get all the details of this plan when it’s ready, enter your email address at the top of the page to join the list.

Day 33 (Last Day): Impressing The Rock, Feeling the Love, and Disciplined to the End

The Rock’s Thoughts About The Challenge (So Far)