Ah, Sunday. It’s rest day, the only day I don’t have to wake up early to hit the gym. I slept until almost 9am this morning, giving me about 9.5 hours of sleep. My body clearly needed the rest, as I felt great (this is becoming a common feeling on Sundays). Of course, when you’re waking up at a time by which you’ve usually already eaten two meals, there is definitely catching up to do, and you’re running behind all day. I’m actually considering waking up early next Sunday, eating, then going back to bed just so I can stay on schedule. 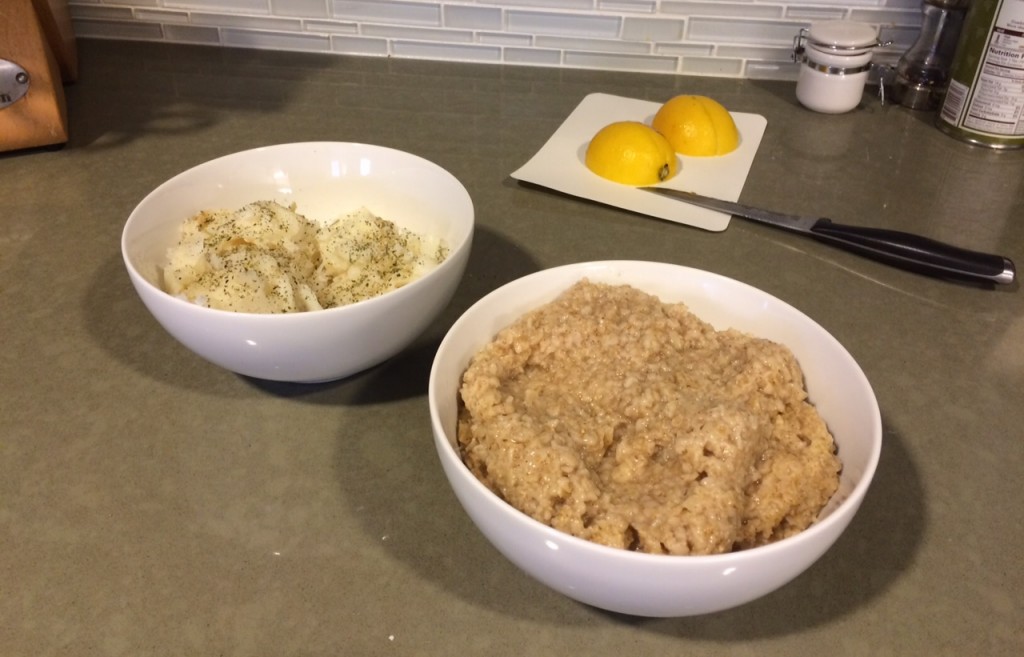 As it was, once again, beautifully warm for late-February, the three of us decided to go to the Central Park Zoo. Located three miles from our apartment and with no other plans, we decided to take our time and walk there. I wasn’t sure how long we’d be out of the house, so I brought my next two meals with me. I threw them in the bag along with an ice pack, mentally preparing myself to eat them cold throughout the day. The chicken, fish, and vegetables weren’t bad, but cold white rice is by no means a treat. It’s hard, dry, and generally unpleasant. 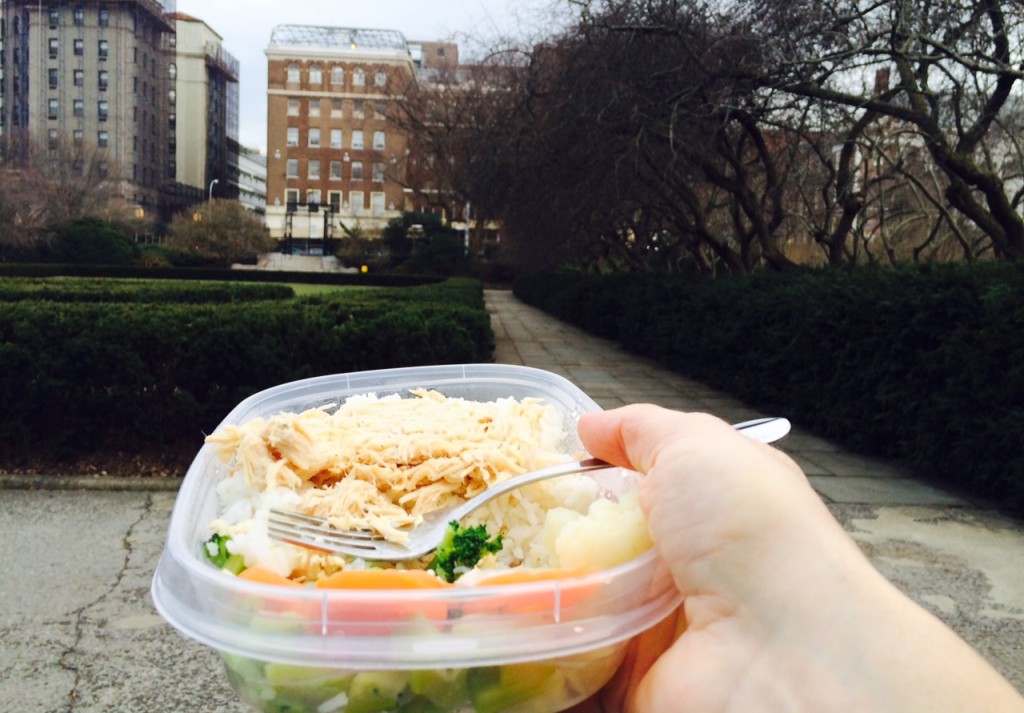 Some cold chicken and rice in the Central Park Conservatory Garden.

It was so nice out, my daughter fell asleep in the stroller for over two hours. We never made it to the park, but had a great walk, even better conversation, and terrible meals (for me at least) to show for it.

Taking the Rest Out of Rest Day

The trip to the Central Park Zoo and back gave me two big walks today. This was my most active Sunday thus far, burning almost 900 calories more than I did a week ago. When you look at the stats below, you can see each walk consumed about 400 calories each, so that makes sense.

While the warmer weather is making it easier to be more active, I am glad I decided to do this challenge during the winter. Having to eat these meals while you’re out in the world is a challenge. And during the summer, our family would have probably ended a day like this by eating outside at a local restaurant. Not being able to do that due to this meal plan seems like a bad tradeoff.

This is the first Sunday where there are exercise graphs on the bottom. Those two walks seemed substantial enough to include. You can even see a pitstop we took at a playground to let my daughter run around during the first walk!