Seven days. I managed to eat and train like Dwayne “The Rock” Johnson for an entire week.

I’m proud of that. This isn’t easy, especially when you’re fitting this sort of program into your normal life. I still work normal hours and I still maintain all of our family time together. And in addition to the eating and training, I’m shopping for and preparing 7 meals a day, plus still making meals for my wife and daughter. Being able to juggle all of this with only the occasional hiccup so far is motivating and inspires a confidence that I can always push myself to do more, and not make excuses for why I can’t get something done.

Not quite there. Yet.

Where I Did Fail

There is one piece of this challenge I failed at so far. I want to blog this experience every day. I didn’t manage to write up any blog posts over the weekend, and instead got them done on Monday morning. That stinks. I want to do it every day. I just need to be more disciplined about making the time on the weekend. However, The Rock doesn’t blog every day, so I won’t consider it a failure of the challenge itself.

I wanted to share some of the crazy numbers behind this week:

I’m shocked when I actually look at those numbers. It’s a tough workout, and an even tougher eating plan. So far I’ve gained about 1.6lbs. That’s nothing to compared to the amount of food I’m eating.

The physical changes are starting to be noticeable. I’m getting leaner and bigger at the same time. It’s especially apparent in my chest, shoulders, and quads. I’m not really a “post shirtless selfies on the Internet” kind of guy, but at some point I’ll likely share some before and after shots of some kind (tasteful, of course).

Today was the first rest day. I went to bed last night around 11:15pm, and woke up this morning at 8:30am. My body felt great when I woke up, and definitely appreciated all the rest.

The downside of waking up later was that I still needed to eat my 7 meals for the day. I had my first meal at the time I’m usually eating meal 2, so I was basically trying to play catchup all day.

The Folks Come to Town

My parents came to visit today. It was great seeing them, and felt good to have some normalcy to what has been an odd week. Of course, I had to continue eating every 2 hours, something my father thought was hilarious. There were definitely a lot of cod jokes to go around. 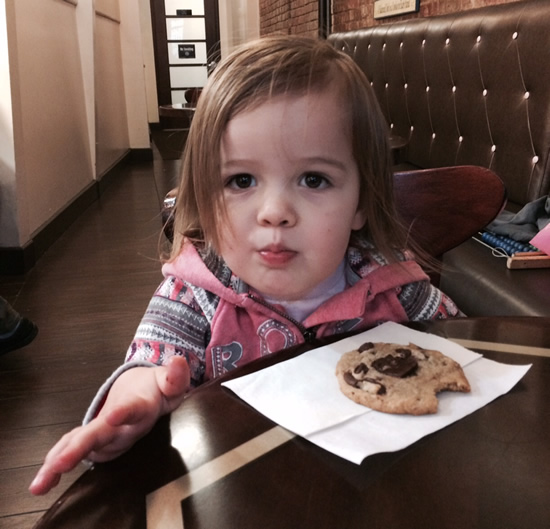 “Wait, you’re telling me you don’t even want one bite of this cookie?”

I also had a big test of my willpower and resolve. We decided to take a walk around the neighborhood, and at one point stopped for some treats at famed Harlem bakery Make My Cake (one of my favorite places in the world). My mother bought a bunch of different cookies, and we got a table to sit around and enjoy them. Of course, there were no cookies for me, even though they looked and smelled delicious. My daughter was even describing them to me as she ate them (“Cookie. Chocolate. Mmmmm.”) With all the food I eat, I’m never hungry, but there is nothing very sweet on this diet. It was tempting, but I left having had no bites.

That walk did interrupt when I should have been eating. Between waking up late, and missing the meal while walking, I was way behind. I basically ate every 90 minutes or so for the rest of the day. Without a huge workout to fuel, it definitely felt like way too much food.

I should have started this whole challenge a week later! While I’m not a huge sports fan, I do love eating wings, pizza, and tasty beers. But this year there was to be none of that.

Thankfully our neighbors were having a party, so my wife and daughter went over there to get their snack on. I stayed home, prepping food for the week and watching the game. This is probably the first SuperBowl Sunday in recent memory where I didn’t have a beer. The closest I got to Superbowl snacking was putting some Frank’s Red Hot on my 10 egg-white omelet. Close enough. 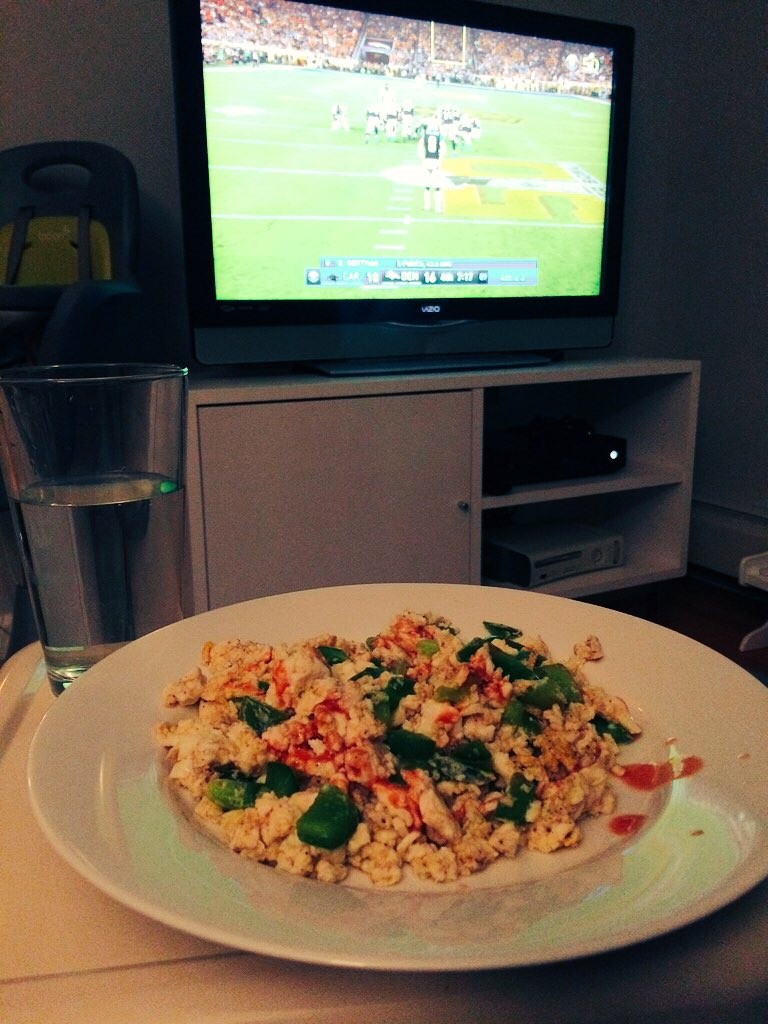 Not the best SuperBowl food spread I’ve had.

As it was rest day, and I tend not to wear my Fitbit in the house, there isn’t much activity. But it does show the walk to get cookies. It’s a good reminder that even when you aren’t working out like The Rock, it’s important to get moving every day.