Half-Way There: Completing the first 15 Days of the Rock’ing for 30 Days Challenge

I’m officially at the half-way point of 30 days of eating and training like Dwayne “The Rock” Johnson.

When I started this challenge, I questioned whether I would be able to finish it. Part of keeping this blog was to make the journey public, so that I knew if I failed, everyone would know. This is also why I share it on Facebook and Twitter every day, to force me to be disciplined about writing a daily post. When I missed two days of blogging during the first weekend, it was mentioned to me, which was just what I wanted. Since then I haven’t missed one. And I haven’t missed a single meal or workout. 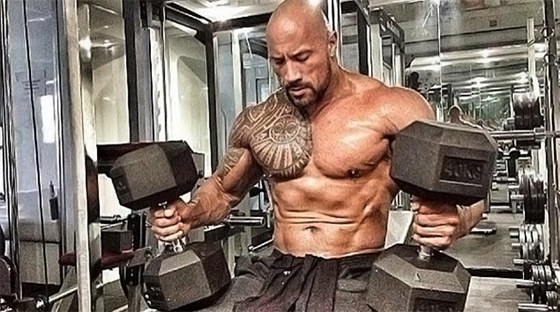 I use the same size weights for my workout.

I feel my chances of making it through this challenge are fairly good at this point. The two things I worry about are getting an injury, or catching a cold. I’m being fanatical about maintaining good form as I lift, and do a full 10 minutes of foam rolling and stretching every day after my workout so I’m confident I’ll make it through relatively injury-free. The only injury I have sustained so far was during this past week when a wooden chair from Pottery Barn Kids fell on my bare foot at home. It hurt, but I survived. (Being a parent seems to be more dangerous than being The Rock).

It’s staying healthy that worries me. My daughter has a cold right now, and many times that runny nose and cough moves over to her dad. I need to make sure that doesn’t happen this time, though I don’t have much of a strategy for preventing it. (Baby in a bubble?)

As I’m at the half-way point, it’s worth taking a look back at the stats behind these 15 days: 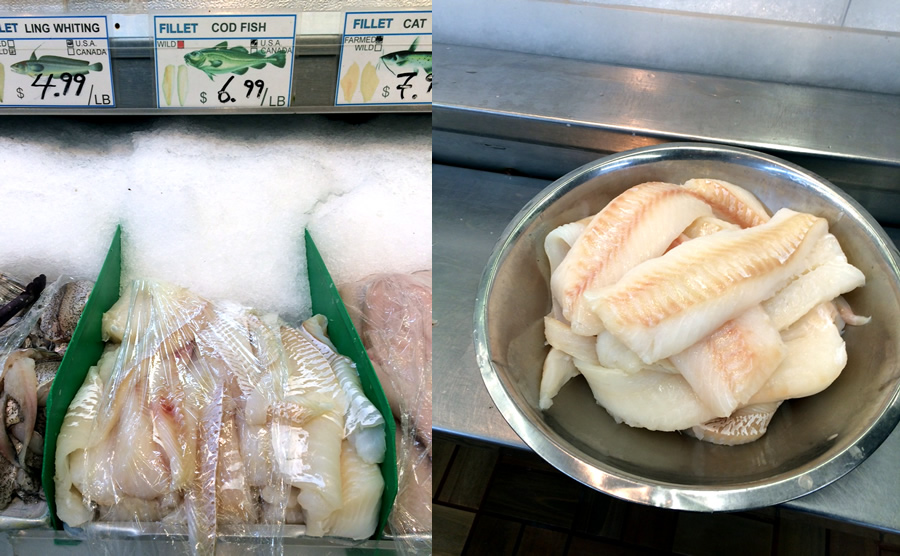 I will probably never eat cod again after this month. That bowl is two days worth.

Since starting this plan 15 days ago, I have gained less than one pound. Considering I’m eating a meal plan for someone who is 6’5″ and 260lbs, this was a huge surprise. I really thought I would put on weight.

But I seem to be adding muscle while also getting leaner at the same time. I think by the end of the challenge, the difference will be noticeable enough in a t-shirt that I can spare myself the humiliation of a shirtless selfie.

Today is a federal holiday. While many of us may have the day off from work, I don’t get a day off from training. So as usual, I was up at 5am and headed to the gym. It was the emptiest I’ve ever seen it. When I showed up, I was the only person in there. Throughout my workout, I saw maybe 4 or 5 other people the entire time. It was fantastic.

I had the entire place to myself.

The Rock trains in his own private gym he calls The Iron Paradise. For just this one day, I had my own Iron Paradise, and have officially added “having my own gym” to my list of life goals.

Thank You for the Nap, President Washington.

While we often refer to today as President’s Day, the actual federal holiday we’re observing is George Washington’s Birthday. The nation’s first President, his list of accomplishments is long. Perhaps his greatest though was giving us this day off so I could take a nap.

After working out, I followed my normal routine: come home, shower and get dressed, get my daughter from her crib, get her dressed, then make both of our meals to enjoy together. Today, shortly after eating, I decided to take a nap on the couch. My wife smartly suggested I go to the bedroom, draw the blinds, and take a proper nap, which I did. It was terrific. I slept about 50 minutes, then woke up and had a cup of coffee. Afterwards I was bursting with energy, and my muscles got some much needed rest. I wish I could nap every day.

As I had the day off, I decided to go get my haircut. I have gone to the same guy since 1998, which means he’s located no where near where I live. I’m in Harlem, and his shop is in the West Village. I made an appointment for 3:30pm and planned to leave the house around 2:30pm to give myself plenty of time. At around 2:20pm, I realized I needed to eat before I went downtown! If not, I would fall way behind for the day and likely never catch up.

I heated up my meal of cod, white rice, and vegetables then proceeded to wolf it down. I didn’t make it out of the house until 2:45pm, and was ten minutes late to the appointment. Afterwards, I had to race back home to make it on time for my next meal.

This must be why The Rock has a shaved head: no time for haircuts.

It’s hard to keep the cardio intensity going. I’m adapting to the workouts pretty quickly. I think I may need to forget the presets, and just move back to increasing the resistance/incline numbers manually.