Late last week, I posted the details about the Rock’ing Challenge on reddit, and the post was pretty popular. That led AskMenUK to write up a story about it, summarizing the lengthy discussions that took place in the reddit comments.

When they tweeted about the story, The Rock took notice and shared this with his 9 million followers: 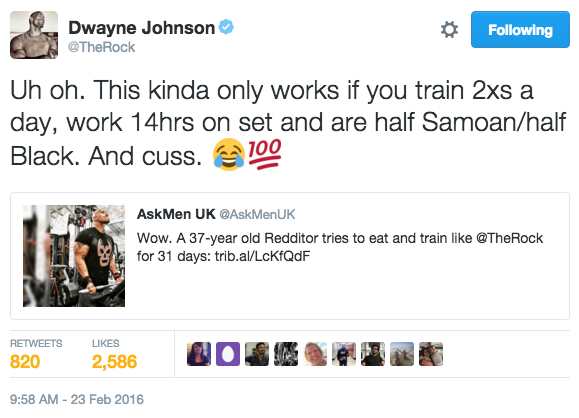 Where’s the faith, Rock? And to question me on a Leg Day no less! Even 4400 calf raises later, doubt remains? Granted I only possess two of those 4 requirements (I excel at cussin’), but then again, I am only doing this for a month.

Of course, he did end it with the 100 emoji, which I’ll take as his full support for my journey. Thanks, Rock.

The Importance of Meetings

I had a meeting in Times Square this morning. That involved an extra mile of walking, 20 minutes (roundtrip, so 40 minutes total) of standing on the subway, then walking to and back from the meeting. All of this adds up to another 400-500 calories burned, so I had a big day again when it came to calories burned.

Cracking 4,000 calories every day is a good goal. My schedule is so tight that there isn’t much activity I can add just for the sake of hitting that goal if it’s looking like I won’t make it, but maybe I’ll try adding in some small things, like not using the elevator in my building, and see the kind of difference it makes.

Maybe The Rock is right, maybe 14 hours of standing on set is key.

I’m getting much better at the food prep. It’s a fairly well-oiled machine at this point. Instead of a focused hour to do it all, I space it out throughout the evening. As my family and I eat dinner, then I give my daughter a bath and put her to bed, there is constantly some rice being made or potatoes in the microwave. Then I do all the portioning in one shot. Each prep is now a full three days worth of food. I still stop at the fish market every two days for my beloved cod (three day old fish sounds terrible), but it’s become much easier to manage overall. 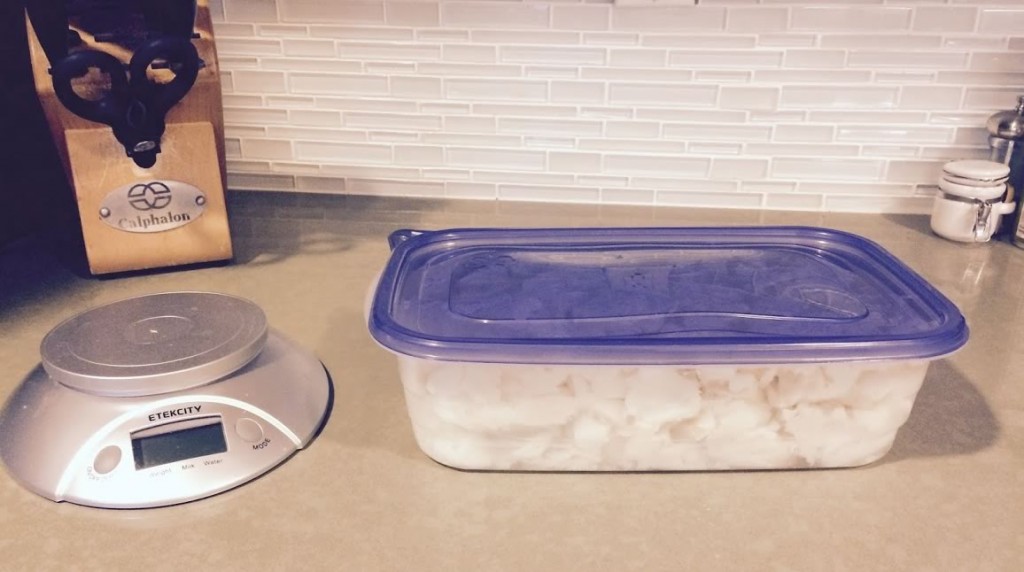 Let the daily portioning of the cod begin!

My 7-day average for calories burned is awfully close to cracking 4,000 a day. I bet tomorrow it bumps past it.